Rotava is a place with old and rich ironworking industry. Iron was being produced in the iron mills already in the 15th century. The first reports date back to 1549. The reasons for the settling of the industry here was the brisk water of the Rotava brooks, forests that gave wood for the production of charcoal used in ore melting, as well as deposits and mining of various ores nearby.

Jindřichovice’s dominion, owned by Nostitz, housed many iron mills for the production of quality iron and metal sheets. In 1597, the chronicles talk about tin-coated iron from Rotava. Bar iron has been produced here since 1616. Through the experience of iron mill masters, the quality of iron produced in this way increased. In 1660, Count Nostitz took over all iron mill production in Rotava and Šindelová. The very first blast furnace was already constructed. A new blast furnace built in 1757 meant the further increase of production. At that time, Rotava and Šindelová had 6 iron bar mills, 3 metal sheet iron mills, and tin-plating factory. At that time, metal sheet spoons from Rotava were sold across the Austro-Hungarian Empire. 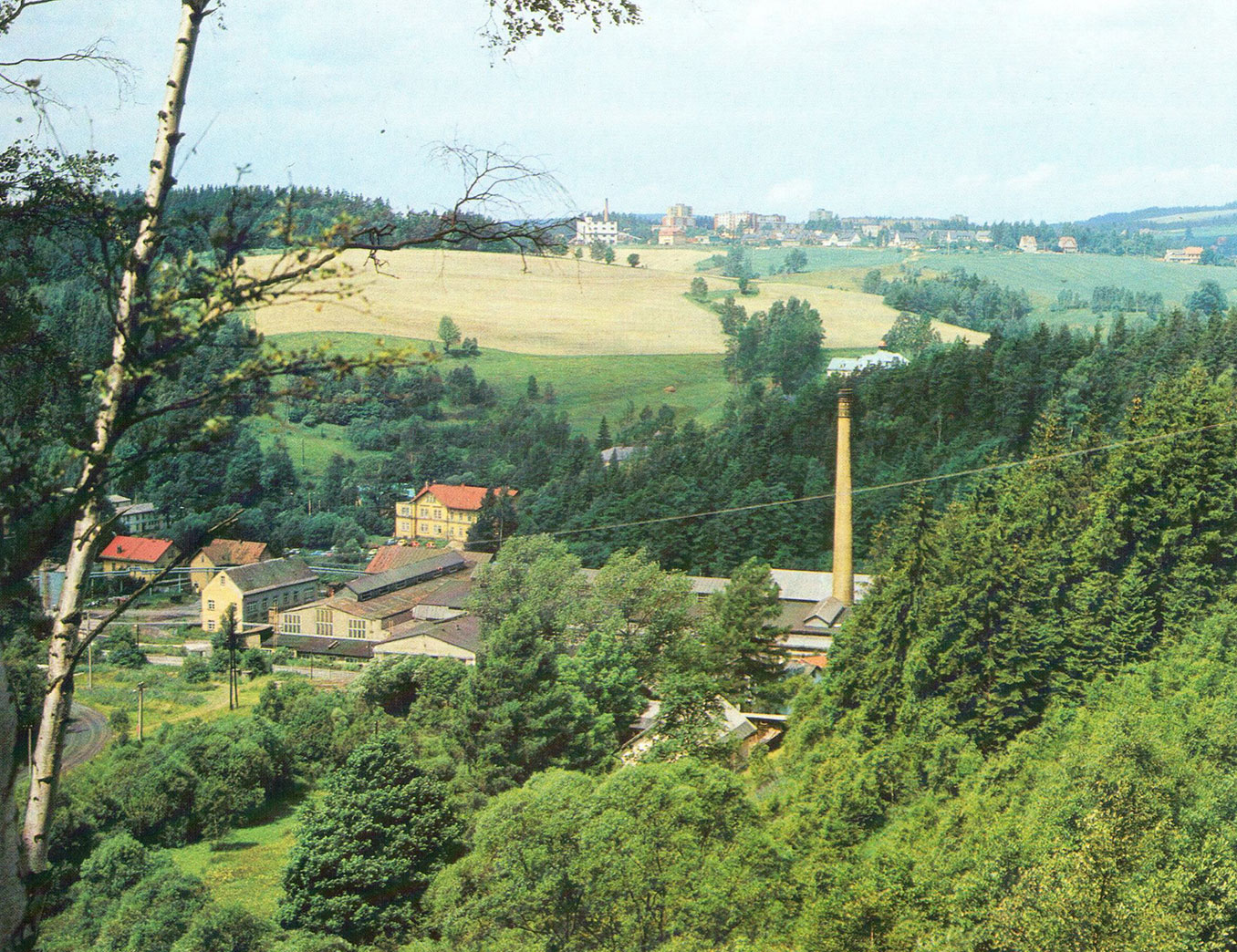 The old production and iron mills ceased to exist through the introduction of a new production method called rolling in 1839. Steam was first used to drive a roll mill in 1869. The zinc-coating of metal sheet started in 1886. The operation of steelworks with the Martin furnace started in 1889.

In 1909, the ironworks become a joint stock company. They combine with the ironworks in Nejdek into the “Železárna Rotava – Nejdek” with headquarters in Vienna. Two more steel-making furnaces were built in 1910–1911. Annual ingot and metal sheet production reached 7,200 tons and 1,700 tons, respectively. Zinc-coated and tin-coated metal sheets were produced as well. Rotava was the only plant in the Austro-Hungarian Empire specializing in can metal sheets. After the outbreak of WWI in 1914, the plant shifted to war production. Can metal sheet, projectile magazines, and various components for artillery and train were produced. The approaching crisis was a foreboding of the “Rotava tragedy” – the first limitation of ironworks production recorded in 1928. The concern, which was the owner moved production to a modern plant in Karlova Huť in the Ostrava region. In 1930, the steelmaking plant operation stopped, followed by other operations. The new boom of the Rotava ironworks dates to 1939 with the construction of new buildings. In 1941, Krupp’s plant took over the plant under the name “Cheb Steel Industry” and started war production. In 1945, war production stopped and after fruitless attempts for use in peace production, the plant was written off. Late in 1946, the plant operation stopped. The disposal of the machine equipment started, which was transported to Plzeň. The roof was removed from the steelworks hall. The hall, where Hall 4 is now standing, was completely dismantled. Many organizations then found their offices in the remaining premises of the plant. 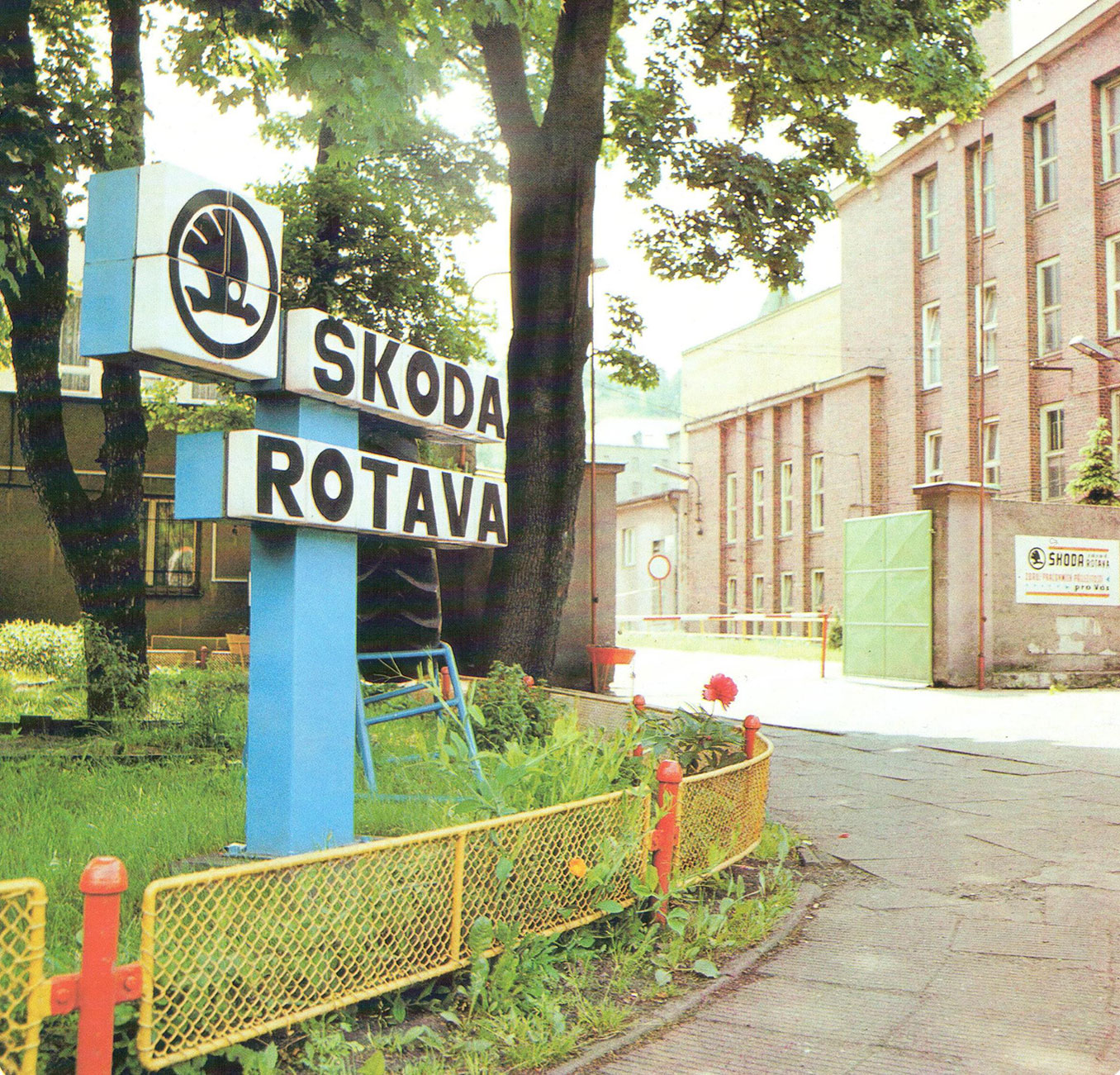 Uncertainty and concerns about the fate of the plant ended in 1956 with Government Decree No. 2399. Effectively from 1 January 1957, the plant joined ŠKODA Plzeň and the new history of ŠKODA Rotava began. In 1957, ŠKODA Plzeň commissioned the former Rotavské železárny for the manufacture of mining and casting equipment, cranes for in-house use, the production of technical equipment and the deliveries of casts for electric locomotives. In 1966, ŠKODA Plzeň started a production programme for rolling equipment. In 1975, the innovation and basic product included the new branch: 509 – production of rubber-making equipment – vulcanizing presses.

ROTAS STROJÍRNY spol. s r.o., Rotava, was incorporated on the grounds of the machinery branch of ŠKODA Plzeň in 1992, keeping the mechanical engineering base and the new development of the business background of the company. The new company followed the 35+ history of the engineering in Rotava and continued producing the equipment for the mining industry, precast concrete plants, rolling equipment, and vulcanizing presses for tire production. The production of transmission boxes and reconstruction of roller conveyors and mining equipment were implemented under the regional production cooperation.